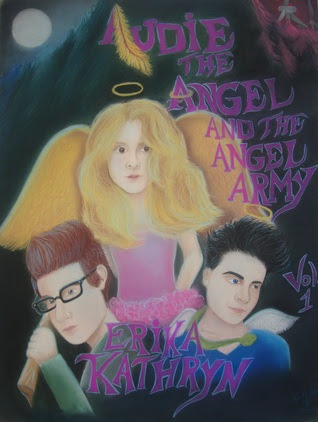 Summary from Goodreads: Audie, a seemingly typical twelve-year-old girl, is summoned from her middle school one day. She travels through a windmill farm and brought to an island where she’s told that she is actually an Angel and, more importantly, that she is of Phoenix descent. She is the pivotal and final member of an assembly of others her age, called The Angel Army. The army includes Luce—the dangerously handsome dark Angel predestined to fall from Heaven—and Cave—a stowaway from Earth who is crushing on her hard—as well as eight Angels with magical talents, a feisty Fairy, and a nimble gnome. Audie’s ordinary life becomes drastically different as she transforms; she sprouts gold wings, receives a halo passed on from the mother she never met, and her fellow Angels teach her to use her hand-me-down Phoenix powers. However, before she even learns to fly she is told of the real reason she is needed: an evil Elder Angel has discovered a way to dominate Heaven. Haunted by dreams of her past Phoenix life, puzzled by her feelings for both the charming Luce and her human friend Cave, Audie has to conquer her newfound powers quickly because the future of Heaven rests on her wings. Can she fight against flying Dare Demons, the Marsh Master, the Frost Fairy, and Evil Souls to save Heaven? Can Audie change destiny and save Luce from falling to his fate?

Audie the Angel and the Angel Army is the first of three volumes in a Middle Grade to Young Adult fantasy adventure series that make up The Angel Archives. Hang onto your Halos, because this story is filled with wild winged adventure! 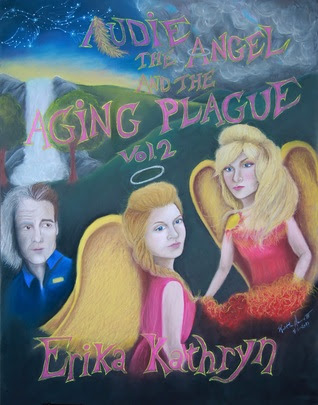 Summary from Goodreads: Audie, Cave, and the Angel Army are back in action! Dare Demons have been released on Earth carrying an Aging Plague that turns Humans into zombies. While one of their own has been bitten, they have to travel back to Heaven, and cross the desert—fighting Sand Sharks and Sorcerers—to get to the Fountain of Youth before the plague spreads. Along the way they help the Mermaid Tribe, team-up with Star Speakers, and learn the secrets behind rainbows. With a Sun Stone as their key, and occasionally traveling by cloud, will Audie and her friends be able to cure the Aging Plague before it’s too late? Can Audie prevent Luce’s fateful fall from Heaven? Audie the Angel and the Aging Plague is the second of three volumes in a middle grade to young adult fantasy series that make up The Angel Archives. HANG ONTO YOUR HALOS, because this story is filled with wild winged adventure for the whole family!

The Angel Archives is a very fun kids' series that will be sure to please the younger set.  My nine-year-old daughter loved this series.  In fact, when she was done reading the second book, she rushed down the stairs and said, "Do we have the next book?"  She was very distressed to hear that I wasn't sure when the next book was being released!  (The storyline of each book does get resolved, but then there is a cliff-hanger intro to the next book)

Here are my thoughts -

What I wasn't crazy about:

What I loved:
Overall, I thought that this series is a great read for young readers (including young teen readers who read at a bit below grade level).  It is fun and inventive and my daughter can't wait to find out what happens next!    3.5/5 stars

**Disclosure: These books were provided to me by the author in exchange for an honest review. No other compensation was given. All opinions are my own***

Posted by Nicole @ Feed Your Fiction Addiction at 8:00 AM